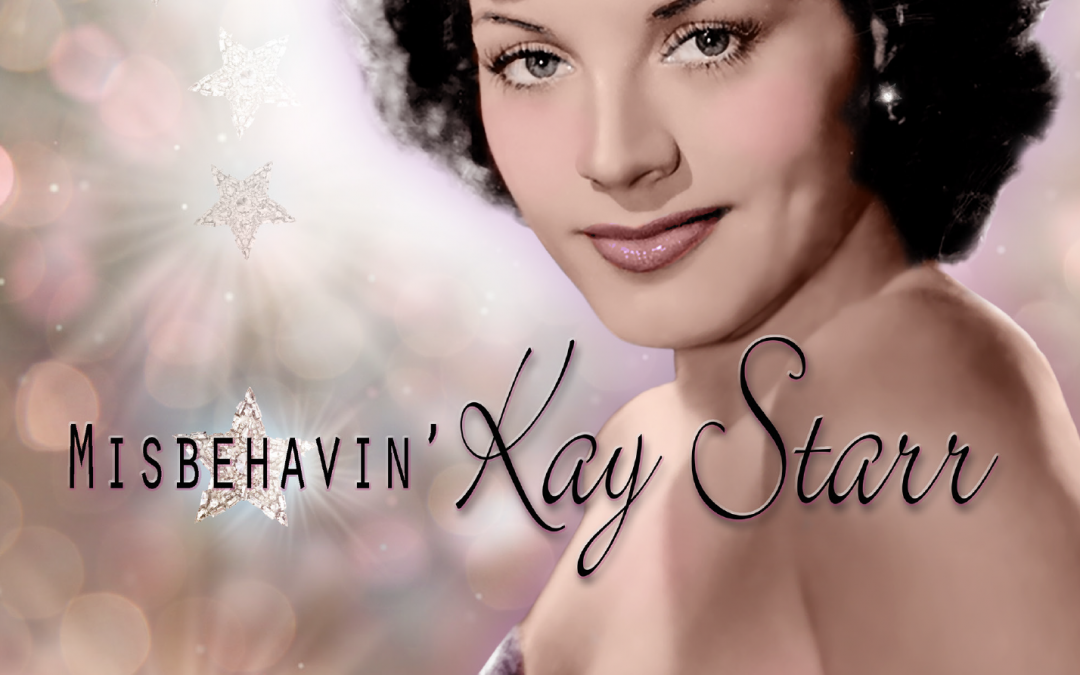 Hindsight Records  released Kay Starr ” Misbehavin’ ” as part of the Hindsight Records Reimagined Series. This is the third release of the series. This recording included Billy Butterfield and Les Paul as part of the trio. As with other “Reimagined” productions, John Forbes enhanced the original mono recordings before orchestrating and recording a small orchestra. The result is amazing. Here is an excerpt of the liner notes written by Scott Yanoh: “

One of the most versatile of all popular singers, Kay Starr sang swinging jazz, country tunes, ballads, pop songs, and rock & roll with nearly equal success. She started early, ended fairly late in life, and was always a joy to hear. On this reimagined reissue, she is featured on early radio transcriptions that also include three classic jazz greats and the subtle and inventive orchestrations of John Forbes.

She was born as Katherine LaVerne Starks on July 21, 1922 in Dougherty, Oklahoma and was half American Indian and half Irish. She grew up in Dallas, started singing when she was nine and regularly won the weekly talent contest at radio station WWR. The station eventually retired her from the contest since she won so often, hiring her to sing on her own 15-minute program three times a week. When her family moved to Memphis three months later, she again was featured on her own show (Starr Time), this time on WREC. The singer soon changed her stage name to Kay Starr.

In 1937 when she was just 15, she was hired by violinist Joe Venuti to sing with his band for a few weeks since he needed a female singer. Starr did so well that Venuti hired her to return during her next two summer vacations. In 1939 she sang briefly with Bob Crosby’s orchestra and for two weeks was with Glenn Miller (who was long on his way to leading the most popular of all swing bands) when Miller’s regular vocalist Marion Hutton was unavailable. During this period, Starr made her recording debut with Miller on “Love With A Capital ‘You'” and “Baby Me.” After graduating from high school in 1940, she worked again with Joe Venuti’s big band for two years, recorded with Wingy Manone, and gained recognition as the star singer with Charlie Barnet’s orchestra during 1943-46, recording such numbers as “Share Croppin’ Blues” and “You Always Hurt The One You Love.” Still just 22, she was already so highly rated that she was picked to record “If I Could Be With You” with the Capitol International Jazzmen, a group that included such notables as Benny Carter, Coleman Hawkins and Nat King Cole.You can read the complete notes here.