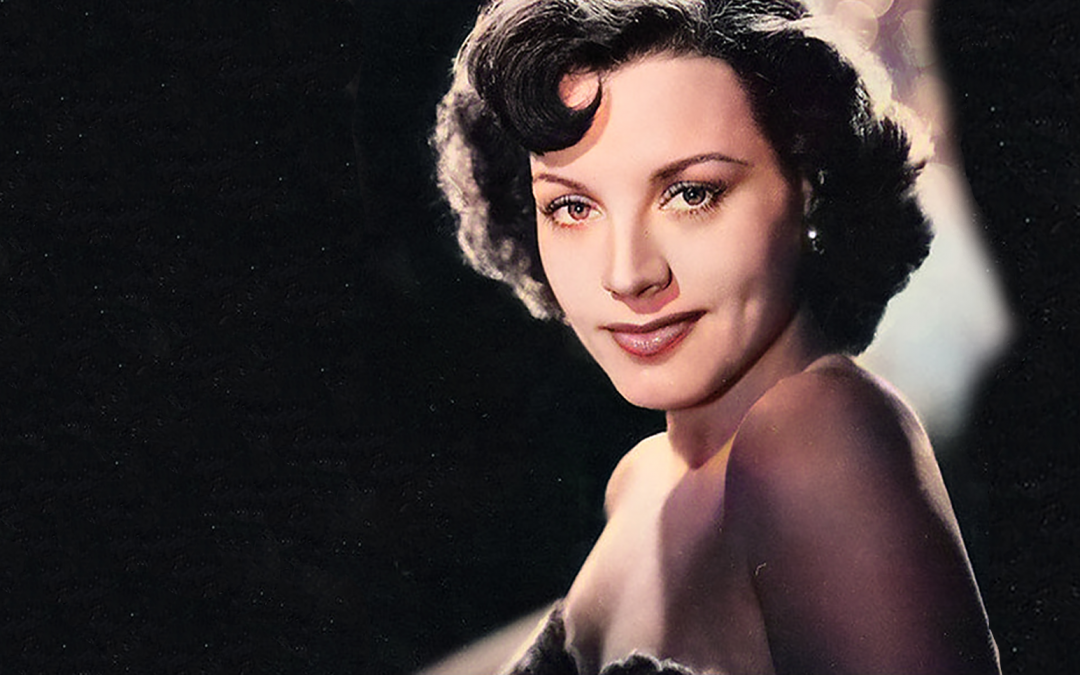 One of the most versatile of all popular singers, Kay Starr sang

nearly equal success. She started early, ended fairly late in life, and was

always a joy to hear. On this reimagined reissue, she is featured on early

radio recordings that also include three classic jazz greats and the

She was born as Katherine LaVerne Starks on July 21, 1922 in

Dougherty, Oklahoma and was half American Indian and half Irish. She grew up

in Dallas, started singing when she was nine and regularly won the weekly

talent contest at radio station WWR. The station eventually retired her from

the contest since she won so often, hiring her to sing on her own 15-minute

program three times a week. When her family moved to Memphis three months

later, she again was featured on her own show (Starr Time), this time on

In 1937 when she was just 15, she was hired by violinist Joe Venuti

to sing with his band for a few weeks since he needed a female singer. Starr

vacations. In 1939 she sang briefly with Bob Crosby’s orchestra and for two

unavailable. During this period, Starr made her recording debut with Miller

on “Love With A Capital ‘You'” and “Baby Me.” After graduating from high

school in 1940, she worked again with Joe Venuti’s big band for two years,

recorded with Wingy Manone, and gained recognition as the star singer with

Charlie Barnet’s orchestra during 1943-46, recording such numbers as “Share

Croppin’ Blues” and “You Always Hurt The One You Love.” Still just 22, she

With You” with the Capitol International Jazzmen, a group that included such

off from singing and leaving the Barnet band, Kay Starr became a solo

before signing with Capitol in 1947. Always popular, she had success with

her recordings of “I’m The Lonesomest Gal In Town,” “So Tired” and “You Were

Only Fooling (While I Was Falling In Love),” the first of two dozen hits

that she had during 1948-54. While she always performed some jazz, in the

“The Rock And Roll Waltz,” “My Heart Reminds Me,” and the Christmas favorite

“(Everybody’s Waitin’ For) The Man With The Bag.”

While the hits stopped soon after rock and roll took over, Kay Starr

retained her fame, her wonderful voice, and her career, recording albums

that alternated between jazz and country, performing in nightclubs and

concert halls, appearing on television, and going on regular tours. In the

late 1980s she teamed up with Rosemary Clooney, Helen O’Connell and Margaret

Whiting in the revue 4 Girls 4. She toured England in 1993, recorded her

debut), singing “Blue And Sentimental” as a duet with Tony Bennett. Not bad

for someone who simply described herself as a “hillbilly singer.” Kay Starr

On several occasions during 1945-49, a young Kay Starr recorded jazz

sessions that were made strictly for the radio. The best of these

transcriptions are reissued and reimagined on this release. Nine selections

Les Paul. The other two dates, one song from a big band and four with a

combo that includes trumpeter Billy Butterfield, are from the 1947-49

jazz-oriented albums by Doris Day and Patti Page, each of which includes

John Forbes’ arrangements and orchestrations. Forbes has had quite a career,

one filled with diverse musical accomplishments in many areas. He studied

classical piano for 14 years, attended the Berklee College of Music in the

mid-1980s, and worked in Austin, Texas with the popular reggae band “The

r&b/hip hop keyboardist for Bobby Brown, worked with The Gnarley Braus (the

group later became known as Cross Culture), was an arranger-keyboardist with

Rick James, was involved as a keyboardist and orchestrator in six of Tyler

Perry’s plays, worked with Shawn Rivera and Leona Lewis, and has gained

extensive experience as a producer for a countless number of television

“I have used my Sentimental Orchestra for each of these historic

recordings and it has been a great opportunity,” says Forbes. “I always want

of the vocals. Kay Starr is an amazing jazz singer. She is very much like a

horn player so I played off of that, interfacing with her phrasing. I used a

similar band as with the Doris Day and Patti Page projects, 20 pieces plus

strings with woodwinds in lieu of the brass. The frequency range of Les

voice and the point-counterpoint with the instruments shine, orchestrating

around that.” John Forbes’ subtle and tasteful arrangements never take away

from the lead voices, adding to the timeless appeal of the performances.

Joe Venuti (1903-78) had two golden periods in his career, separated

by a lengthy “off period.” The first great jazz violinist, Venuti was on

scores of important recordings during 1925-35, often with his close friend

Eddie Lang who is considered the first significant jazz guitarist. After

Lang’s death and the beginning of the swing era, Venuti led a big band off

and on during 1935-43 but had little commercial success. He became a studio

musician and, despite a few fine records and his work on the Bing Crosby

radio show, was in obscurity for decades. Fortunately he was rediscovered in

the late 1960s and enjoyed a final decade of high-profile activity.

harmonica and guitar at the same time), while still a teenager he

experimented with ways to amplify his guitar. Paul ‘s early work was as a

country guitarist billed as Rhubarb Red. His most jazz-oriented period was

guitarist to be influenced by Django Reinhardt rather than Charlie

Christian.  Starting in 1949, he had tremendous success with his inventive

overdubbing that utilized his guitars and Mary Ford’s voice. The team of Les

charts throughout the 1950s. The guitarist stayed active well into his

Although their careers overlapped for quite a few decades, Kay Starr

band only resulted in a single song from a radio broadcast surviving: 1942’s

“Little Sleepy Head.” Venuti and Paul can heard in a radio broadcast version

the exact same group as is heard on these transcriptions, chances are that

it is from a year later. Their only other documented collaboration is in the

The nine selections that feature Starr, Venuti and Paul are unique

from the historic standpoint but, most importantly, the music is quite fun

and swinging. Kay Starr was just 22 during this set which is considered her

earliest recordings as a leader, sounding quite mature and confident. She is

joined by Venuti (who is in prime form), Paul’s regular trio of the period

(with rhythm guitarist Cal Gooden and bassist Clint Nordquist), and the fine

swing pianist Tommy Todd. The opener, “What Can I Say Dear After I Say I’m

Sorry,” is given a joyful treatment. Venuti never got to play with Django

“Betcha I Getcha” is a true obscurity that was not otherwise

recorded. It gives one a rare opportunity to hear Kay Starr scat a bit. In

countless number of times. With Starr’s spirited singing and the

enthusiastic soloing of Venuti and Paul, these concise performances could

have easily been three times as long.

Kay Starr’s versatility is on evidence during the spiritual “Nobody

Knows The Trouble I’ve Seen,” the medium-tempo ballad “There’s A Lull In My

Life,” and the superior if now-unknown swinger “What Goes Up Must Come Down”

(also known as “Flying Too High”). Starr would often be compared to Dinah

sing anything, no matter the style, quite well. It is interesting to note

with Charlie Barnet; the song is given similar treatment on this set.

Dixieland Band,” a song rarely recorded since the 1935 version by the Benny

period when Starr was with the band), took a famous solo on “Stardust” while

with Artie Shaw, led a series of fine ballad-oriented sets for Capitol in

the late 1940s, and was heard in many Dixieland and swing sessions through

the years including working with the World’s Greatest Jazz Band. His

beautiful tone and hot jazz style were always considered an asset. But other

than two transcription sessions with the singer, he and Kay Starr never

crossed paths in the recording studios.

The numbers on which Billy Butterfield appears are all lesser-known

songs. “It’s A Great Feeling” has Starr expressing joy in a swinging

fashion. Her expressive singing on “Blame My Absent-Minded Heart” serves as

strong evidence that this ballad is well worth reviving. “Don’t Do Something 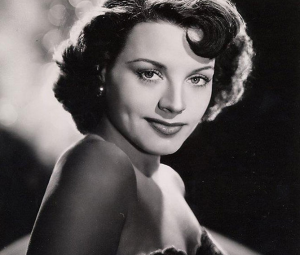 hard to believe that Kay Starr was still in her mid-twenties at the time.

The other selection, “So Tired,” has Kay Starr joined by an

orchestra led by Buzz Adlam. It has a special meaning for John Forbes. “‘So

Tired’ was one of my mother’s favorite songs and my Dad, who was a theatre

organist, used to play it. In general, working with this music sometimes

felt like reliving my childhood because I already knew the songs. These

performances are a moment in time, a time capsule, yet the music is so

Future projects in the Reimagined Series will include sets by Sarah

Vaughan and Rosemary Clooney among others. “I know that it is really a

blessing for me to get to do this,” says John Forbes in conclusion. “I have

played with Bobby Brown, Whitney, Rick James and Puffy, just did a couple of

Broadway shows, and have been involved in a lot of other activities which

are all gratifying in their own way. But I am not lying when I say that I

would rather work with this music than anything in the world. The music is

so beautiful that it is a true pleasure.”