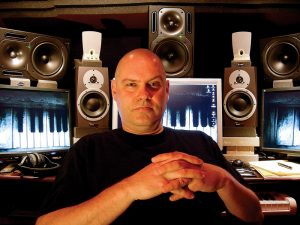 John Forbes is the son of an organist and music store owner growing up in Pensacola, Florida. After years of private studies in classical piano, John attended summer workshops at Berklee College of Music. Early in his career as keyboardist, John became a member of The Killer Bees in Austin, Texas and was nominated for the Reggae Grammy for “Live In Berlin.” In 1989 John moved to Los Angeles to begin performing as keyboardist for Bobby Brown for a number of years. Soon after the stint with Bobby Brown, John became musical director for Jessica Simpson, Marc Anthony and a number of other major label artist before putting together the first band for newcomer Tyler Perry. John worked with Tyler on and off Broadway and films for 7 years which led to his producing music for a Ne-Yo tour as well as the hit Broadway musical, Love Jones in 2016.Recently, in a partnership with Thomas Gramuglia and Hindsight Records, John created the Reimagined Series, producing albums for Doris Day, Patti Page, Kay Star, Sarah Vaughn, Rosemary Clooney and others. John has been composing music for film and television for most of his career providing a platform for developing and managing films and episodic television series for various production companies.